This week, I wrote this in response to an exercise to write something about the clocks going back or forward. Just a bit of fun for these challenging days.

This is a flash entry of 100 words or less with a photo prompt of a man burying his head in the ground of a barren landscape.

‘Forget it.’
Geoff ignores me.
‘I’m leaving in 30 seconds.’
He doesn’t reply.
Leaning against the car, I juggle the keys in one hand and stare at his backside. My foot moves but stops midway. Twenty years I have put up with his penny pinching. The air is cooling as the sun descends; soon it will drop behind the horizon and the night creatures will surface.
‘It’s fake, Geoff. A M&S special, you fool,’ I yell. The wheels scream, kicking up a cloud of dust as I embark on a path less travelled.

The Last Hike – a story for the Friday Fictioneers

The amazing Rochelle at http://www.rochellewisofffields.wordpress.com organises photo prompts and links for the Friday Fictioneers. Authors write a piece of 100 word fiction, prose or poetry based on a photo prompt and exchange comments on each other’s work.  If you are a writer of short fiction, join our group and let your imagination feed us with your stories.

Hi fellow writers. I’m back! After weeks of chaos, I finally have time to return to my writing. Sorry if this is too sad for you but this story would not stay silent in my head. Hopefully, my sense of humour will return with the next one.

Even his hand had shrunk, wasted over the months.

Once upon a time, his fingers wrapped around mine, protecting me so that I thought no one could hurt me. What did I know? Poison was taking him from me; rogue cells which searched until they found harbour in his organs.

Fight poison with poison, they told us. We hoped for a while and then, that optimism also wasted away.

The mountain has been too steep and soon, my darling will be a memory and I will be left floundering in a wasteland, tumbling like a weed through the lonely years.

The Twist – 100 words for the Friday Fictioneers 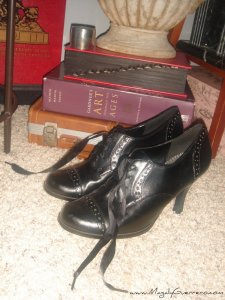 Every week the hard-working Rochelle at http://www.rochellewisofffields.wordpress.com organises photo prompts and links for the Friday Fictioneers. Authors write a piece of 100 word fiction, prose or poetry based on a photo prompt and exchange comments on each other’s work.  If you are a writer of short fiction, join the group and let your imagination feed us with your stories.

I can not let this opportunity pass by without poking fun at my current status. My leg disappeared down a drain and I wasn’t wearing heels this time. Previously, they have been a contributing factor in other injuries.

One minute she was at my side, the next she was sprawled on the cobbled pavement.

‘Get up.’ Passing people glared. They’d understand if she was their responsibility.

I was tempted to walk away, but then sighed as I extended my hand.

‘I told you. But no, you had to wear those bloody shoes.’

I lowered on to one knee and patted her shoulder. ‘Never mind. Let’s dust you off and inspect the damage.’

She did that thing with her mouth and I knew we were heading to another hospital. Again.

Who? – 100 words for the Friday Fictioneers

The snoring wakes her. An overdose of beer is not all that upsets her stomach.

Who is in her bed?

A bear growls and lops his arm across her chest, his hair tickling her naked breasts. The room smells of burnt cheese and stale breath, and unwanted memories surface. A bar. A man replacing empty glasses with more beer. Someone to fill the void left by Greg.

There’s money on her bedside table. How much further will she fall?

A shout out to the amazing Rochelle at http://www.rochellewisofffields.wordpress.com. She organises the photo prompts and links for the Friday Fictioneers. Authors write a piece of 100 word fiction, prose or poetry based on a photo prompt and exchange comments on each other’s work.  If you are a writer of short fiction, join the group and let your imagination feed us with your stories.

Left Behind – 100 words (ish) for the Friday Fictioneers 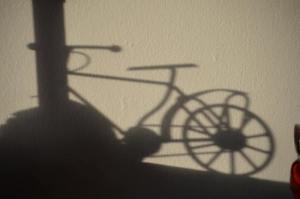 A shout out to the amazing Rochelle at http://www.rochellewisofffields.wordpress.com. She organises the photo prompts and links for the Friday Fictioneers. Authors write a piece of 100 word fiction, prose or poetry based on a photo prompt and exchange comments on each other’s work.  If you are a writer of short fiction, join the group and let your imagination feed us with your stories.

‘How will you manage?’ A snowfall of damp tissue fell from Rosie’s fingers, scattering on to the hall carpet. She resisted the urge to reach out her shaking hand and grab his shirt.

His back to her, Geoff ignored her cry, grunting as he lifted the dufflebag strap on to his shoulder.

He had given up answering.

‘Who’ll look after you?’ A sob broke the question. She chewed her lip. Why couldn’t she keep quiet?

Geoff sighed, quickly pulling the door open but as he stepped through, he turned and blew a kiss.

Joan didn’t look sorry. If anything, her eyes shone as she put her hand to the side of her mouth. I don’t know why she bothered, none of the others had arrived.

‘Flo told me he waited by the carousel for more than three hours. Imagine. All of those people disappointed, all that money to return.’

‘Couldn’t he borrow one?’

‘He’s a diva! Went off on a rant by all accounts. No one’s seen him since.’ Joan licked her lips and withdrew her treasure from its case. ‘Guess who’s been promoted?’

Why did I suspect foul play?

Thank you to Rochelle at http://www.rochellewisofffields.wordpress.com. She organises the Friday Fictioneers. Authors write a piece of 100 word fiction, prose or poetry based on a photo prompt and exchange comments on their work.  If you are a writer of short fiction, join us and see where your imagination takes you.

No vacant pews remain in the front half of the church and so, Rose chooses one near the back, content that at least she will be one of the first to see the arrival of the bride. A few stragglers come in afterwards and hurry to take their seats. Fred’s place at her side remains empty; a couple do consider joining her, then the woman shivers and, with a comment on the chill, they move forward.

The prospect of watching her cherished granddaughter walk down the aisle with the man of her choice had kept Rose going during the recent dark days. The expression ‘drowning in grief’ has meaning now and she wishes that she could apologise to her late mother for her impatient words.

Is Mother’s spirit is here today?

Known for her gift of ‘the sight’ and what Fred called, ‘her uncanny ability to look into the future’, Rose scans alcoves and window ledges; there is not a wisp of ghostly presence.

The vicar shakes the young groom’s hand and glides towards the back of the church. His smile widens when he notices the regulars; otherwise, he maintains a regal, and somewhat aloof, expression. Rose has met his kind before, sniffy about non-believers. She could tell him a thing or two about the afterlife.

‘Fred. You made it. Just in time as well. Listen.’ Rose reaches for his hand and they smile at each other as the organist plays the same music that had accompanied her procession down the aisle all of those years ago. ‘There she is. Oh Fred, look at what Jenny’s wearing. It’s my veil.’ Her hand covers her heart, expanding in her chest, and she gasps at the memory of the pain.

‘Don’t cry my sweet. You’ll spoil your pretty face.’ He tries to gather her to him but lacks the strength so they make do with an air-kiss. An order of service flutters to the ground as she pretends to smack his hand. It rests beneath their feet and they watch the lace-clad young woman march with her father past the end of their row. Rose’s hand extends to stroke the lace but the fabric floats like a cloud of mist through her fingers.

A woman in the next row turns to stare. When her neighbour asks what’s wrong, she pauses for a second, a quizzical expression in her eyes, then shrugs and mumbles something about whispering.

‘Shush Fred. If you get caught, they’ll make us leave and we’ll miss the ceremony.’

From that moment, they are as quiet as church mice as her mother used to say, listening carefully to their son as he gives away the hand of his daughter and later, to the young couple as they exchange their vows. Rose holds back her sobs, all the while trying to ignore the pressure in her chest. The sermon is about family love and a number of handkerchiefs come out when the vicar mentions the names of those who can not be with them.

‘At least I got a mention.’

‘How could she forget you my love? Every year, those special weeks at the seaside, and not every girl gets a car for her 18th.’

‘Aye, we did what we could for them.’

The organist pounds his keys and the radiant couple float down the aisle. Rose and Jack stay behind until the last guest has passed them and then, they smile sadly at each other and rise.

‘It’s time. I will love you through eternity,’ she said but he had already faded into the cool atmosphere and her words went unanswered. Drifting outside of the church, Rose has time to see a glimpse of white at the side of a newly dug grave and she leaves with the words of her granddaughter comforting her as she ventures into the unknown.

‘You and Gramps showed me how to love. I know he’ll look after you wherever you are.’ 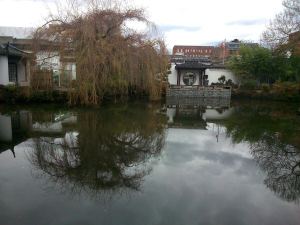 ‘What about your children?’

Jenny pretended that it didn’t matter and walked down the aisle with a smile on her face, but she felt their eyes pierce her back. Then she caught sight of Kopano’s face, the joyful glow, and her determination did not falter.

The difficulties arose when they moved to his country. Sleeping on a futon was torture and thin walls did not disguise their neighbours’ arguments. The locals refused to understand her attempts at Japanese. Her spirit shrunk and known as the ‘Foreigner’, she died friendless. Kopano’s love could not save her.

Thank you to Rochelle at http://www.rochellewisofffields.wordpress.com. She organises the Friday Fictioneers. Authors write a piece of 100 word fiction, prose or poetry based on a photo prompt and exchange comments on their work.  If you are a writer of short fiction, join us and see where your imagination takes you.

Hidden – a story for the Friday Fictioneers 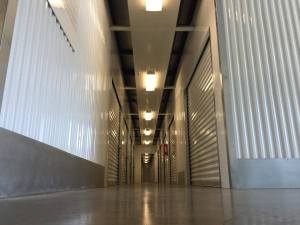 Everyone has a compartment of herself that no one is allowed to open. The face is not an entry to the soul and secrets can be hidden.

No one knew that better than Rose.

Forty years she kept quiet. Others described her as kind, generous, loving – little did they know.

In death, all was revealed. Church pews could not contain everyone and there were many witnesses when her son spat on the coffin. In a car outside, his wife restrained their son – a man child that his grandmother had said only a mother could love.

Thank you to Rochelle at http://www.rochellewisofffields.wordpress.com. She organises the Friday Fictioneers. Authors write a piece of 100 word fiction based on a photo prompt and exchange comments on their work.  If you are a writer of short fiction, join us and see where your imagination takes you.